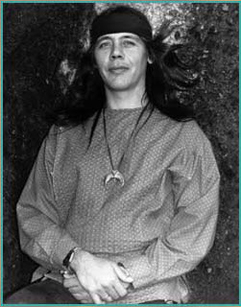 Into the Lodge of Bearcloud

Bearcloud began his journey on this Earthmother spending a great deal of time outdoors, connecting with the elements of nature. At the age of five, he began drawing and by twelve he was painting. When he was thirteen he knew at that time that this was going to be his life’s journey. Some of his earlier works are very similar to what he paints today. 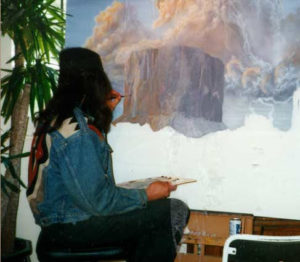 However, he struck out on a quest in search of what he would be painting. He dabbled in modern art, realism, abstract, fantasy and graphic arts as the years passed. Bearcloud went through a series of ceremonies that would last four years, a fifty-two moon cycle. The ceremonies were difficult and challenging and pushed his limits. When he was complete, he began painting again after about a year delay. His paintings were to go to new levels. He began painting the spiritual visions that he had become so accustomed to. Each of his paintings carried a spiritual essence that many onlookers seemed to recognize. 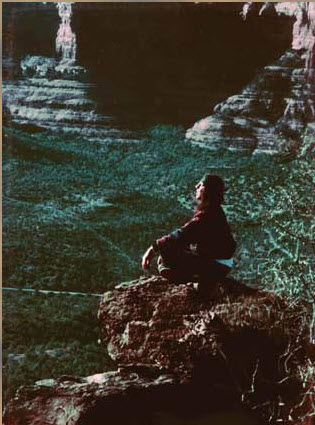 Because of the tremendous request for his works, he began to publish them. He began a spiritual journey with each of his paintings and with each step a new path of spirit would emerge. With a captivated audience, many began collecting his works. He explains that with every breath he would put spirit into his work and every color would evoke a piece of this journey. He was glad there were those who had the abilities to feel them.

Bearcloud opened his own gallery and displayed his works along with many of the Native American friends that were in his world. It was located in gold rush country at the base of the Sierra Mountains. It was close to Yosemite and the mountain passes, where he spent much time working on his visions. They were mountains that reflected the inspiration that is revealed through the landscape. His vision returned him to his origins, the mountains and gorges of Arizona, a journey he had begun at the age of five. Not long after that, he moved there. The area reflected the spirit that he was most inspired to paint.

There, he opened another gallery in an affluent shopping center, that in itself reflected an essence of spirit, as the trees mingled through the stucco walls. From there he continually returned to the land of ceremony. He said once in his Inipi (sweat lodge), he thanks the Spirit, the Creator, the Great Mystery for loaning him these paintbrushes to do the work that might touch the spirit and heart of the people that his paintings have reached.

If you look closely at his work you will see details that show the sky perhaps as an eagle or a stone as a face. The water might reflect what is felt in his minds eye.

Many of Bearcloud’s visions took him deeper into ceremony, as he began to expand his vision to universal levels. His visions continued to reveal what were very sacred symbols to him. Many appeared in his paintings as he progressed. He knew the symbols he was gifted in visions, were of an ancient origin and they inspired him on his spiritual journey. Then, he entered a nearby store. There, some symbols on the cover of a local book jolted him and inspired him to even greater levels. He discovered they were crop circles and began a quest that has lasted until today. 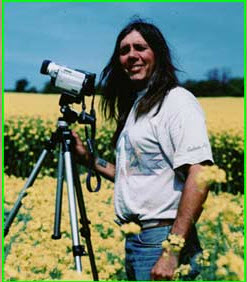 His spiritual background and Native American blood guided him to listen to symbols that were appearing in the fields of England. He believes that these symbols are being gifted by beings of another world. He feels they have a concern for the people of earth and that the symbols for the most part, are highly evolved spiritual symbols. These symbols are dealing at levels of consciousness and spirit and connect that few people on earth know, or very few have ever realized. He began publishing articles about their content and how these symbols interrelate with the Native American spiritual path and many others around our planet. He began to travel to England to do a series of lectures and presentations about their importance. He traveled the world to speak to spiritual elders in regard to these symbols. He has completed the first  series of videos on the topic and will soon publish his first book, 7 Fires.

More about this can be found at his Star Nation Gallery website: StarNationGallery.com 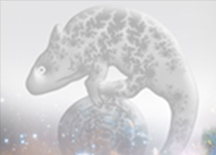 The vision of the Chameleon Project first began about 15 years ago.  Bearcloud explained he had watched a television program with a hard-hitting news anchorman doing a special on injustice in our prison system.  The news anchorman was showing how prison inmates convicted on small crimes, or even discovered to be innocent, upon being sent to prison were coming out exceedingly worse than when they went in.  The well documented report impacted Bearcloud deeply and left him with a sense of deep injustice inflicted by our system.

Soon after Bearcloud had a vision.  He experienced a wall of lights dimming in a room and images began to form.  In this vision he was just peaking over the surface of the ground when he saw water beginning to percolate up from the ground, and spread slowly outward.   Two men in prison uniforms entered his plane of view.  They were busy working the soil; one had a shovel.  Off to the side was a chain link fence.  A woman and two children were watching through the fence.  The woman spoke to her children saying “Oh, look what a beautiful garden those men have created.”  The vision faded.

After a period of time, Bearcloud’s vision took another course and he envisioned creating a garden for people.  As he looked at the vision to understand it, he saw it was two acres in size.  Within the garden was a maze of walkways that lead into an enclosed, very unique garden with symbols that had been created in flowers.  Bearcloud had seen these same symbols in the Starglyphs, the phenomenon commonly called crop circles. More about the Chameleon Project can be found by clicking the link: ChameleonProject.org